"it all makes for another interesting EP from fullbarr, which we're following more avidly with each release"- MIXMAG, feb 2012 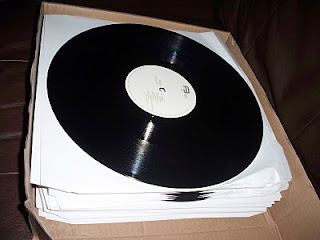 After months long overdue , yesterday 500 beautiful vinyls arrived at the door - pressed on them is the excellent Cellicos release from Area.
Cellicos was originally conceived on a rainy day travelling southbound via rail, the melody interweaving with the rhythms of the train, different frequencies masked and accentuated by the wash of noise on the tracks, the interaction of interminable flow and unpredictability also a kind of reflection on the moment.
Brendon Moeller's funky reinterpretation focuses on the buoyant melodies, allowing each development of the tune to shine on its own, all held together by his trademark deep house swing.
Davor's menacing rework, by contrast, dwells in the subliminal textures and off-kilter rhythms of the original, tweaking them for the deepest late-night bass excursion.
Finally, Brasswork Agency reimagines the tune as a sleek, futuristic machine, gliding effortlessly along where it previously had moved with a grinding shuffle. 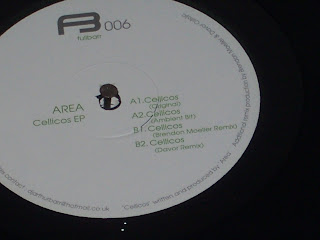 Area - Cellicos
early support and plays from the likes of Francios K, Laurent Garnier, Slam, Jennifer Cardini and many more....

Comments:
This comment has been removed by the author.

i want the brasswork vinyl! ;)